Prostaglandins, PGs, are almost ubiquitously present in the organism and are characterized by a broad pharmacological spectrum of activity. Prostaglandins belong to the eicosanoids and act as so-called tissue hormones. They are normally not stored in the various organs and cells, but are newly synthesized and released in response to various stimuli.

Substrates of the biosynthesis of prostaglandins are polyunsaturated C20 fatty acids like arachidonic acid. The C20 fatty acids and their derivatives are also called eicosanoids (Greek "eicosi" = 20). .

The substrates of the eicosanoid biosynthesis, such as arachidonic acid, are mostly present in the cells in esterified form in the membrane phospholipids. The concentrations of free arachidonic acid, however, are very low. Only free arachidonic acid can serve as a substrate for cyclooxygenase or lipoxygenases. Thus, the eicosanoid biosynthesis primarily depends on the release of the C20 fatty acids from the membrane phospholipids. This is done, for example, by the activity of the membrane-bound phospholipase A2 or phosopholipase C. The activation of the eicosanoid biosynthesis takes place by chemical, physiological, pathophysiological and pharmacological stimuli. Prostaglandins have a broad physiological and pathophysiological spectrum of activity. They unfold their effectiveness via prostaglandin receptors. Prostaglandin receptors belong to the group of G-protein coupled membrane receptors.

The CRTH2 receptor is a new type of receptor (for prostaglandin D2) that is selectively expressed on Th2 cells but not on Th1 cells. This provides a further approach to determine the effect of the PGD2/CRTH2 splint in allergic diseases. The selective blockade of the CRTH2 receptor leads to a reduction of atopic inflammation in animal experiments.

PGD2 causes a contraction of the smooth muscles of the bronchial systems. Its concentration is about 10 times higher in asthma patients after allergen exposure than in healthy control patients.

PGD2 has a dilatatory effect on blood vessels.

E indicates that elevated local levels of PGD2 may lead to inhibition of hair growth. This observation could play a role in alopecia androgenetica. The prostaglandin D2 synthase (PTGDS) responsible for the formation of PGD2 is preferentially produced in Sertoli cells. The production of this enzyme is not regulated by testosterone, but by progesterone and metabolites of vitamin A and T3.

PGD2 is involved in the regulation of sleep temperature by reducing body temperature during sleep. Protaglandin acts antagonistically to PGE2.

Fatty alcohols, if they occur naturally, are usually higher, unbranched (linear) aliphatic alcohols. They a... 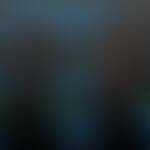 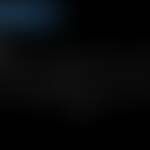 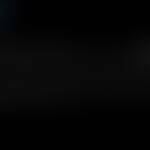 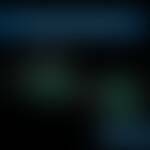